LOMBARD – State Rep. Terra Costa Howard, D-Glen Ellyn, has filed a new bill, HB 4825, which would allow people with communication disabilities – including autism and deafness – to voluntarily include their health conditions on their vehicle registrations.

“For people living with autism and deafness and other communications disabilities, a routine traffic stop can spiral into a tragic situation when the driver is unable to respond to the officer’s commands,” Costa Howard said. “This bill will make it possible for people with these disabilities and their families to notify officers of the driver’s disability as part of a routine check of a vehicle’s license plate.”

Under HB 4825, vehicle registration forms will include a checklist of common health conditions and disabilities that can impede effective communication. The Secretary of State’s office will inform the Illinois State Police that the car owner or another approved driver has reported a communications disability, which will then be included in the statewide Law Enforcement Agencies Data System. The information about the driver’s disability will not be shared outside law enforcement records, to protect the person’s confidentiality.

A 2017 study from the A.J. Drexel Autism Institute at Drexel University found one in five teenagers with autism was stopped and questioned by the police before age 21. Recent research at the Children’s Hospital of Philadelphia found that “civilian injuries and fatalities during police interactions are disproportionately common among this population.” Other research found that a young person on the autism spectrum who has a traumatic encounter with a police officer is significantly more likely to go on to require psychiatric hospitalization.

“A driver with autism or another neurodivergent disability may not make eye contact with an officer, or may not respond to a verbal command,” Costa Howard said. “Letting officers know about a driver’s disability before an encounter begins can help to keep everyone safer.”

Over the past few years, parents and other activists have worked to raise law enforcement awareness of the needs of people with autism, deafness, and other disabilities that can impair communications. Recently, some Illinois police departments have offered training programs that bring people with autism and other neurodivergent conditions together with officers, to help them understand each other and increase safety.

The following articles may provide additional background information on interactions between youth with special needs and law enforcement agencies. 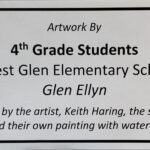